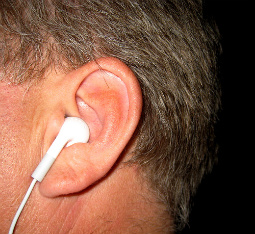 I heard one of my favorite country songs again a couple of days ago about a self-centered conversationalist. You know the type! Every conversation is about them. Take my friend Freddy (not their real name). A 20-minute conversation with them consists of 19 minutes of listening and 1 minute of escaping. Heaven forbid that I might have had something to say especially since I made the call. But, Freddy doesn’t care. Freddy thinks that everyone was given 2 ears to listen to their every problem in life. Now don’t get me wrong, I like Freddy and I like talking Freddy, Freddy, Freddy, Freddy usually. But, occasionally I walk to talk about me.

“Most of us are so wrapped up in our own stuff that we don’t want to mess around with the crap that people all around us are dealing with.”

I don’t think that I am the only one who feels that way (am I ?) In fact, I am sure that I am not the only one that is going through some major challenges that they would like to work through with a friend. That is if they could find someone who would engage with them in and around their concerns. But most of us are so wrapped up in our own stuff that we don’t want to mess around with the crap that people all around us are dealing with. With all the stuff that is going on in our culture we may be in a very unique place to build friendships, encourage someone else and have a real ministry in the lives of others. But to do so you have to become a Master Question Asker. Sometimes, to be in a place of influence you just need to listen to someone else instead of always hogging the spotlight in your conversations.

Consider my friend John (that is his real name). John is a pastor and it is kind of his job to make sure everybody is doing ok. As a result, he asks a lot of questions (how else would he find out). The thing I like about John is that I think he is really interested in my answers.Contrasted to Freddy who ask questions to transition into another personal expose. I enjoy being the topic of conversation occasionally. I like being able to actually communicate my opinion on a topic or share about a real concern of mine. I am probably your typical guy who doesn’t really know how I feel about a topic till I start sounding it out. Self-discovery and self-revelation spills out a sentence at a time.

What am I trying to say?

The Scripture says that the heart of man is like a deep well, but a man of understanding draws out our friends and helps them reveal great insights from their inner selves. But you have to ask great questions, listen well and be genuinely interested. Are you a John or a Freddy? I want to be a John. And funny enough, John actually has people ask him questions in return. He who waters others will himself be watered.Well, sometimes!

One comment on “How to Get People to Talk to You”