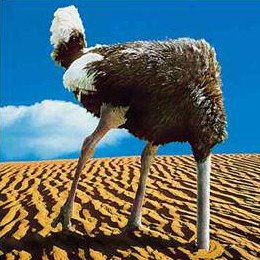 I want to spend a little time unpacking the definition of manhood that I mentioned last week. If you remember we were using a definition from Robert Lewis’ book Raising a Modern-Day Knight. He says that a real man rejects passivity. Passivity is a big word that I think you will understand a little more in time. I know I have come to understand it only too well. A simpler illustration of passivity is an ostrich. I don’t know a lot about ostriches but one of their most fabled characteristics is that when they get scared the put their heads in the sand. This is a great word picture of how many men deal with pressure. Life gets crazy and they choose to do nothing. Choosing to do nothing is still a choice.

This shows up all the time. The first time it happened was way back in the Garden of Eden. You know the story. The snake came and was tempting Eve to eat from the tree that God had told her not too. She finally gives in and takes the fruit and eats it. She also gives some fruit to her husband Adam who was “standing right there”. The big question is why did Adam stand idly by and let her fall into temptation. The answer: passivity! He had his head in the sand. I heard a preacher say one time that he thinks that Adam wanted to see if she would really die. We can’t stand by and just let things happen, especially when it comes to our family.

There is an old phrase that I like: Some people make things happen, some people watch things happen and some people say, ‘what happened?’ As you get bigger you will be tempted every day to do nothing. It is much easier to do nothing than to do something. Especially, when things get hard. But, it is at these times that real leaders step up and make decisions. Most people like to wait till they have all the answers. But, unfortunately real life forces you to make decisions even when you don’t know how it will turn out. There is a certain excitement in taking chances and standing strong in tough times. Real men don’t run away from challenge they step up to challenges. Real men reject passivity. Real men keep their heads out of the sand.

Actually, as I researched this it seems that the ostrich head in the sand is a myth. But the word picture is still worth it. Seems like when they get scared they run, fight or hide. That sounds like a pretty familiar approach to conflict doesn’t it? No matter what they do, you and I need to face our fears and indecision and be men who try to make things better. We can’t just sit by and hope things get better. To be honest with you these letters are an attempt to give you real input about real issues you will face. You may be too young now to understand these right now. But, I owe it to you to at least try to help you. That is my job as a dad you know.